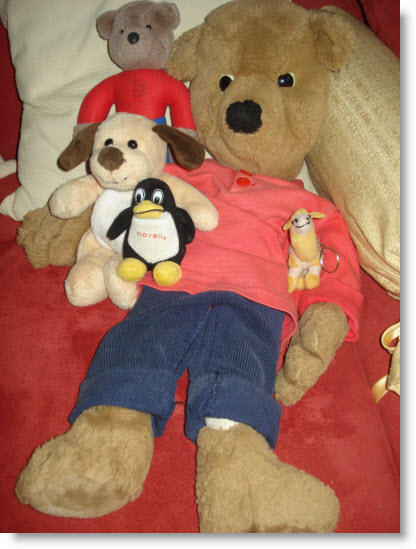 This Will Make Your Ears Bleed

They always practice what they preach ?? Well think again after you have seen this

Can you beat my 98% on GenderAnalyser ? 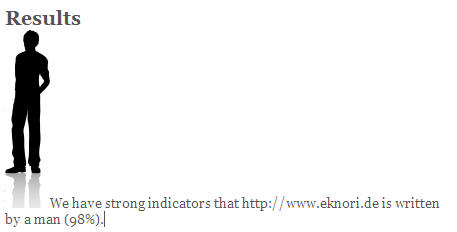 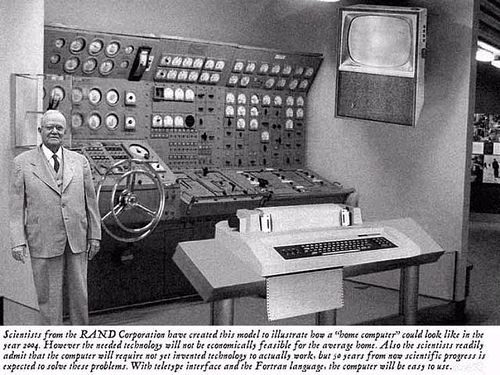 Scientists from the RAND corporation have created this model to illustrate how a “home computer” could look like in the year 2004. However the needed technology will not be economically feasible for the average home. Also the scientists readily admit that the computer will require not yet invented technology to actually work, but 50 years from now scientific progress is expected to solve these problems. With teletype interface and Fortran language, the computer will be easy to use.

What on earth the steering wheel is presumed being used for?

The Black Sheep Of The Family

You are an ILUG 2008 attendee? You are not from Ireland? Then you must read Episode 8 of Steve McDonagh’s “Guide to Irish Idiom for our non-irish guests“.

There Is Always A Way Out

Thanks to Andre Guirard, the Sudoku helper is now an automatic solver. It is real fun to watch the code find the solution. Recently I received an email ( in copy ) from Werner Goetz who improved Andre’s code for better performance.

Sudoku – Use Lotus Notes To Solve The Puzzle

Sudoku is a logic-based number placement puzzle. The objective is to fill a 9×9 grid so that each column, each row, and each of the nine 3×3 boxes (also called blocks or regions) contains the digits from 1 to 9, only one time each (that is, exclusively). The puzzle setter provides a partially completed grid.

Completed Sudoku puzzles are a type of Latin square, with an additional constraint on the contents of individual regions. Leonhard Euler is sometimes incorrectly cited as the source of the puzzle, based on his work with Latin squares.

The modern puzzle was invented by an American architect, Howard Garns, in 1979 and published by Dell Magazines under the name “Number Place”. It became popular in Japan in 1986, after it was published by Nikoli and given the name Sudoku, meaning single number. It became an international hit in 2005.

There are numerous Sudoku solvers available, but no such solver or helper does work in my preferred tool: Lotus Notes.

Rudi Knegt showed his solution during the Closing session of this years Entwicklercamp. It works great, uses @Formula (loads of redundant code ), does need a lot of fields and the UI is ( sorry Rudi ) … ugly. I started my first attempt to write a Sudoku solver/helper almost a year ago, but due to a heavy workload I never finished the project. During my last holiday under the Caribbean sun I decided to finish a first version until the end of this week.
Here is what the UI looks like

I used Notes 8.0.1 to create the database; the download contains the database as .ns6 file with ODS43. It will run from Notes 6 up as I use @ThisName and @ThisValue in some fields.

Create a new Sudoku from the menue and fill in the given fields. On top of every field you can see a line containing the possible values for a field. Now you can start to solve the puzzle by clicking into the squares and select a possible value from a dialogbox.

You can ( and should ) save the document frequently as there is no undo function yet. 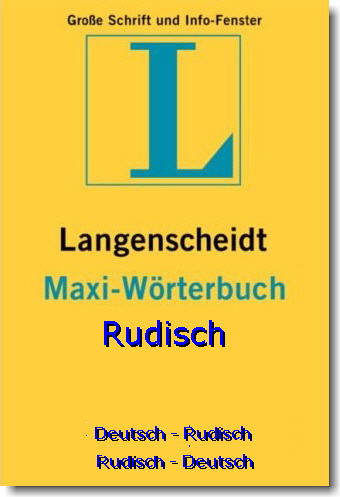 Others did it (Adam, Chris, Julian). So here is mine … 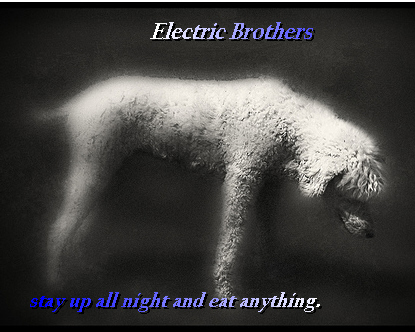 Here are the rules for the game:

1 – Go to Wikipedia’s random article page. The first article you get is the name of your band.

2 – Go to the Random Quotations page. The last four words of the last quote is the album title.

3 – Go to Flickr’s Interesting photo page. Third picture, no matter what it is, is your album cover.

4 – Put it all together to make your album. Either crop it to CD cover size, or just use the raw image itself … the only rule is you’re only allowed to add the album title and artist title.

In LotusScript as well as with @Formula you can “adjust” a given date to another date depending on the parameters you use. So the easiest method to determine a leap year is to set the date to March, 1st of the given year and “substract” one day. If the resulting date is Feb., 29th, the year is a leap year.

Here is my @Formula

I tried the same using LotusScript and the NotesDateTime class

Seems that IBM / Lotus uses another calender than the Gregorian calendar. No surprise is that 🙂

If you happen to travel to the year 1700 using a time machine, be careful when planning a meeting at the end of February …

Helpdesk: The printer is not working and the mouse is jammed !