Domino and Notes 8.5.3 have reached Code Drop 5 and so I (as members of the Domino Design Partner Program) am allowed to blog about all the awesome features and enhancements that will be brought to you when 8.5.3 will be released later this year.

So here are a few notes on whats new in Lotus Notes Traveler 8.5.3.

Lotus Notes Traveler on Android has been given new home page widgets for mail and calendar. 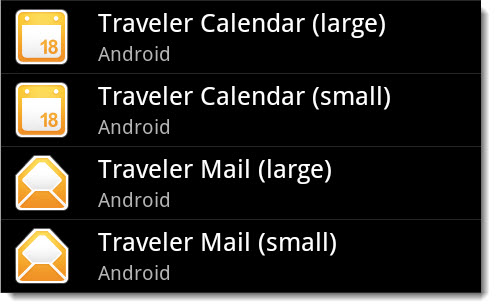 Both widgets come as “small” and “large” , which means 4×2 and 3×7. I personally prefer the small 4×2 widgets for mail and calendar. 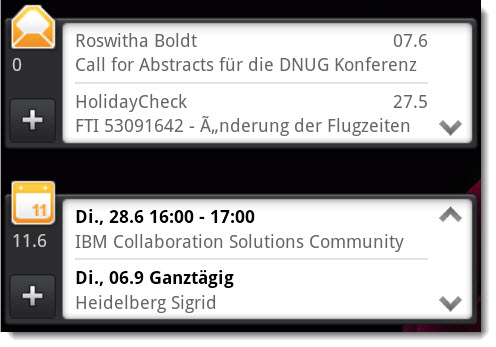 Tapping on the icon in the upper left will open the mail or calender on the device. 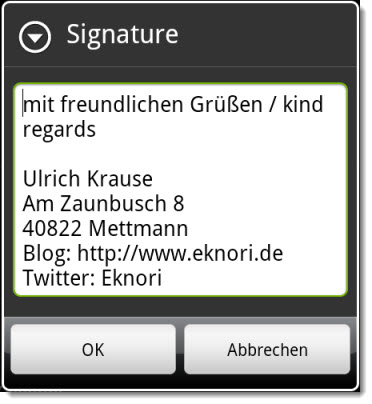 In previous versions, when a mobile device did a search for a user using the Name Lookup application,  that search was executed against the Domino directory on the Traveler server.  This could sometimes lead to different results that a lookup search executed by your Notes client, since the notes client will search the directory on your mail server.

This behavior is configurable if it is not desired by setting the configuration key NTS_TRAVELER_AS_LOOKUP_SERVER=true in notes.ini on the Traveler server.

Here are some more things that have been added: