A couple of days ago, I had to investigate on an issue in a rather old template. The template had been delivered to a customer ages ago. After downloading the template from the repository ( no, not from a GIT or SVN repository ) and after Domino Designer had opened the template, I saw a lot of errors in the Script Libraries. No worries at this time, because all of those issues can be solved.

I then I opened one of the libs that contains the specific function. The contents of that lib looked different to the curent version; no surprise is that.
Then I searched the template for the function. Nothing. The function was not there, althoug I could see from the code, that it IS in the template.

Calls to that function did not show an error, so it had to be somewhere inside the code. But I could not find it.

I then opened the template in YTRIA ScanEz and navigated to the lib that was supposed to contain the function. Aside from the usual $ScriptLib items, the design also had $ScriptLib_error items.

In the end, I found my function in one of the $ScriptLib items. This template had been build in Designer 7 and the current Domino Designer 9.0.1 seems to have a problem with this mix of $ScriptLib and $ScriptLib_error items when opening such a design element in the editor.

As an aside, I found that the “Recompile All LotusScript” apparently does not have any problems finding the correct code; all code compiled without any complaint.

Next, I deleted the $ScriptLib_error items from the design 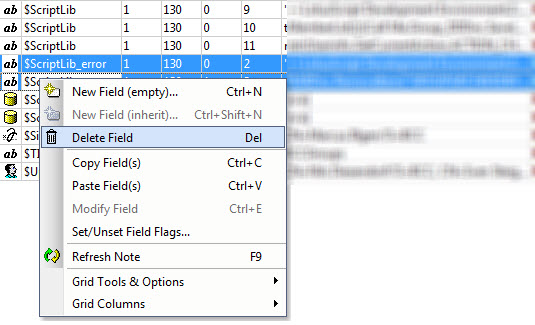 I omitted the warning ( don’t do that, if you do not know, what you’re doing !!) 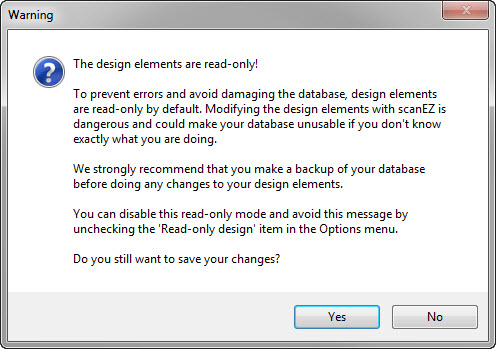 and after another recompile and reopen of the template in Domino Designer , the template was fully functional again.

One thought on “Code Quest”